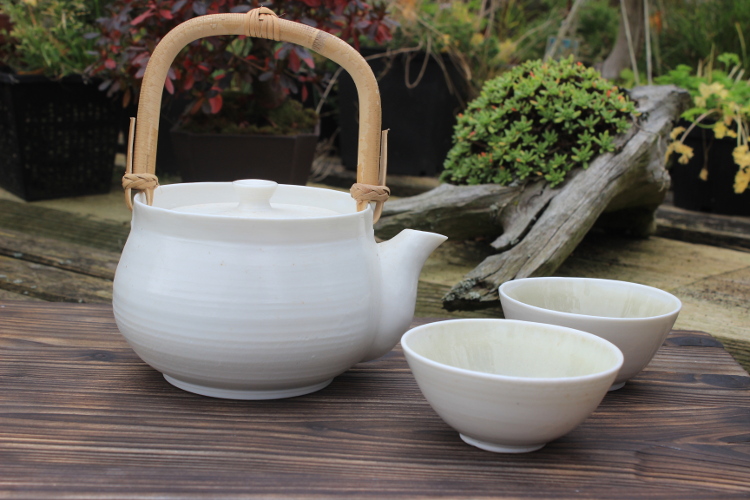 Porcelain exists since almost 4000 years. Already in the Shang dynasty (17th – 11th century bc) was white clay body with a high kaolin portion fired to ceramic. The first „modern“ porcelain ceramics have been produced during the Tung dynasty, approximately 600 – 900 ac) and perfectioned during the Sung dynasty (960 – 1280 ac). From the 12th century on first Korea and later Japan (17th century) porcelain have developed an advanced porcelain culture. In Europe, the preference for the „white gold“ has developed rather late. Around 1700 first soft porcelain was produced around 1200°C and later in the 18th century the so called bone china.Excellent porcelain ceramic was originally developed around the deposits of kaolin, which makes about 50% of the porcelain body. Kaolin consists of from large particles and is extremely non-plastic. By addition of a flux material the melting point (1770°C) can be significantly reduced, the addition of quartz enhances the stability of the porcelain body. Traditionally porcelain bodies are without grog material. To get some plasticity into the body, a small amount of regular clay is added to the recipe. With the clay however also undesired iron particles are added, that disturb the characteristic white color.

To avoid iron contamination, the body is worked with extremely strong magnets and then stored for a very long time. Many potters mix their own porcelain body to influence the throwing or firing properties and to influence the color. In a certain way the experiments around the porcelain composition fascinates as many „alchemists“ as during the time of JF Boettgers (1682-1719). He researched on the porcelain recipe for August the Strong and thus contributed significantly on the foundation of „Porzellanmanufaktur Meissen“. 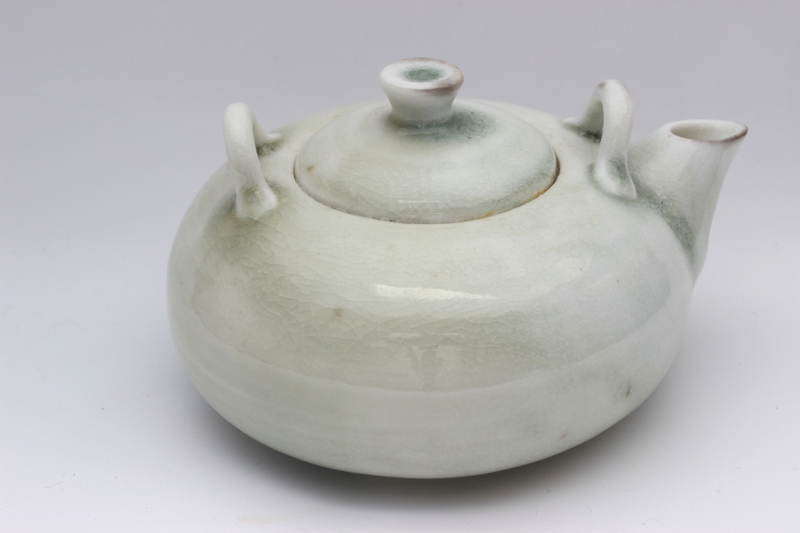 Porcelain body is difficult to work with and can be compared with a flour-water-mixture or to the trial to form a buttercream cake on a pottery wheel. Working with porcelain clay requires completely different manufacturing techniques. The body is sensitive for any wrong movement of the hands, absorbs water like a sponge only to loose immediately the shape afterwards. If the water film on the clay has been absorbed, the bod sticks immediately to the hands and the shape is destroyed. So, you can easily imagine how complicated is was to create those extremely thin Chinese ceramics.

The next characteristic of porcelain clay is the strong memory effect. This means that the clay has a tendency during drying and firing to move back to the original shape before throwing. Now think of the required precision to build tea pots and lids that fit so perfect after firing. This becomes even worse if you consider, that the desired transparency can only be achieved close to the sinter or melting point of the body, when a certain share of the material has already melted and becomes a glass during the cooling process.

Porcelain is normally fired in gas or wood fired kiln to keep a reduction atmosphere that ensures the pure white color of the clay, because otherwise the iron traces will cause the porcelain color to become yellowish. This characteristic helps you to make a quick judgment of the way, the porcelain has been fired. Is the color more in warm yellowish white, then the firing was done in a electrical kiln, if the color is cold and pure white, reduction was dominant.

Porcelain Gallery
Here you can find some impressions of my porcelain works.
Chinese Tea Pots
This little tea pots do not provide much surface for effects, but this can make them very impressive.
Manage Cookie Consent
To provide the best experiences, we use technologies like cookies to store and/or access device information. Consenting to these technologies will allow us to process data such as browsing behavior or unique IDs on this site. Not consenting or withdrawing consent, may adversely affect certain features and functions.
Manage options Manage services Manage vendors Read more about these purposes
View preferences
{title} {title} {title}