This summer we had the idea to develop a glaze that consists solely of materials that can be found on the shore of the Baltic Sea. Talcum and flint stone are easy to identify but what about feldspar? The moraine rubble contains many different materials and granite can have high amounts of feldspar (besides quartz and mica). But how can I recognize “good” feldspar? To be on the safe side, I took some different types of granite, a bright Sala-granite, a red Smoland-granite and a very red stone (red is an indicator for feldspar 😉 ), but the last one finally identified itself as a porphyry.

On the shore, I also found a nice clay ironstone and some Limonite-sandstone that I would use for coloring the base glaze. After identifying the stones the next challenge was to process large rubble stones to a raw material. For a better milling, I burnt the stones to remove the crystal water and break the stones via tensions on the grain boundaries. The broken stones can them be processed in a ball-mill. The suspension then is sieved dried to powder.

An online glaze calculator gave a first indication for the glaze recipe, in case I would know the feldspar content of the granite. Now I also must consider the coefficient of thermal extension of the glaze and the body as well as the firing temperature. 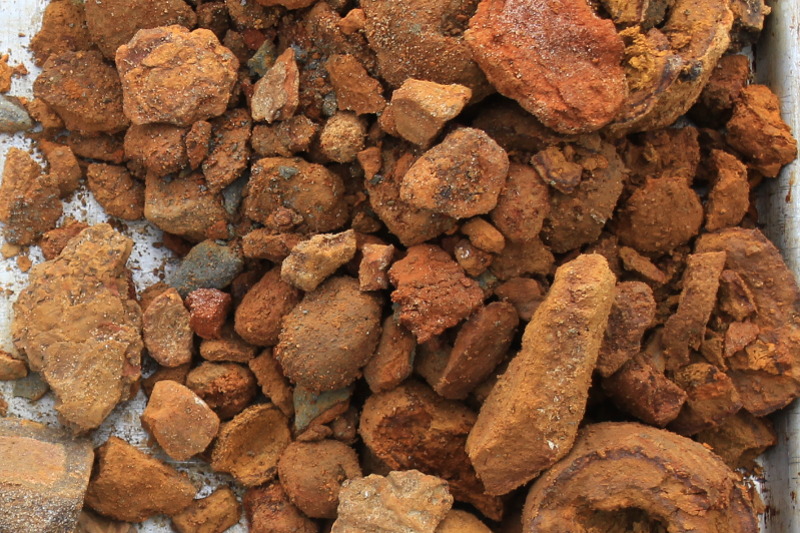 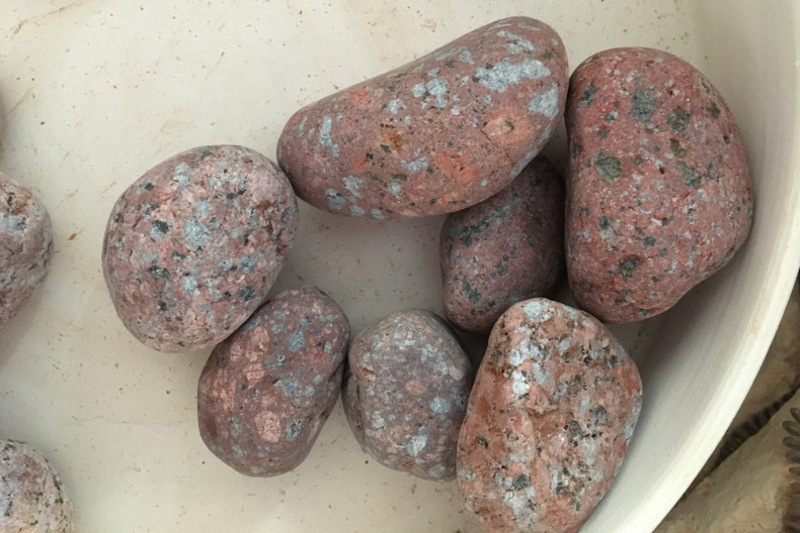 Granite and Porphyry in the Kiln 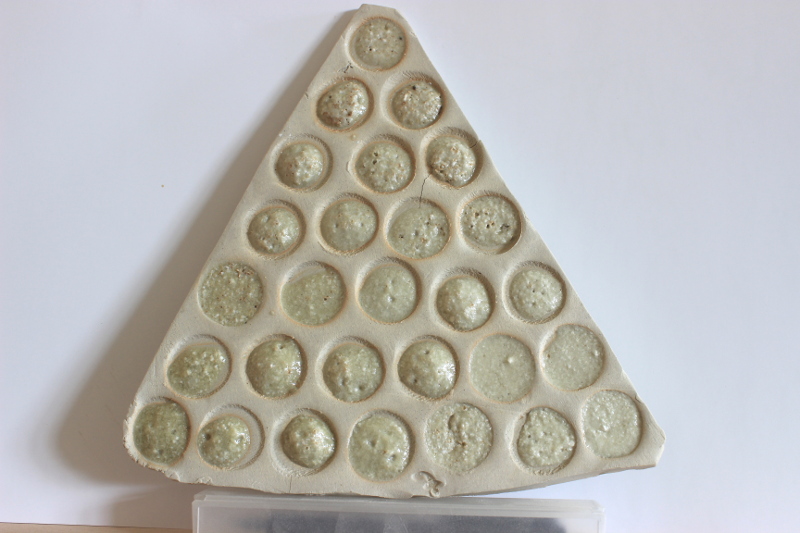 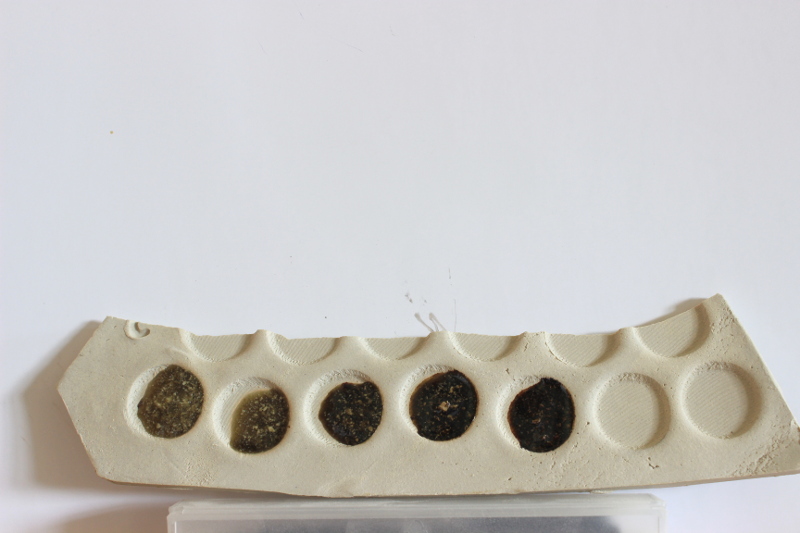 With systematic variations of quartz, talcum and granite, I created for each stone sample a glaze triangle to determine the optimal composition of the ingredients. Additionally, I created a samples series of the clay ironstone and Limonit sandstone to find the required addition for a nice colour. This is tricky in itself, as clay as well as the ingredients iron, clay and quartz influence the glaze properties (e.g. melting temperature.

After the first experiment sequence I realized that

The colored glaze was applied to a set of cereal bowls to determine the ease of glaze application for this glaze. What I learned was, that the glaze can neither be brushed nor poured but should be dipped or sprayed to ensure a homogeneous layer thickness.

The obtained color is warm and in sun light the glaze looks like amber. As a resume, the Baltic-Sea-Challenge is for me a big success, from the glaze-fit properties as well as from the color. The glaze matches very well to the idea of Wabisabi. Four collected natural raw materials result in a wonderful color and a low-maintenance glaze. 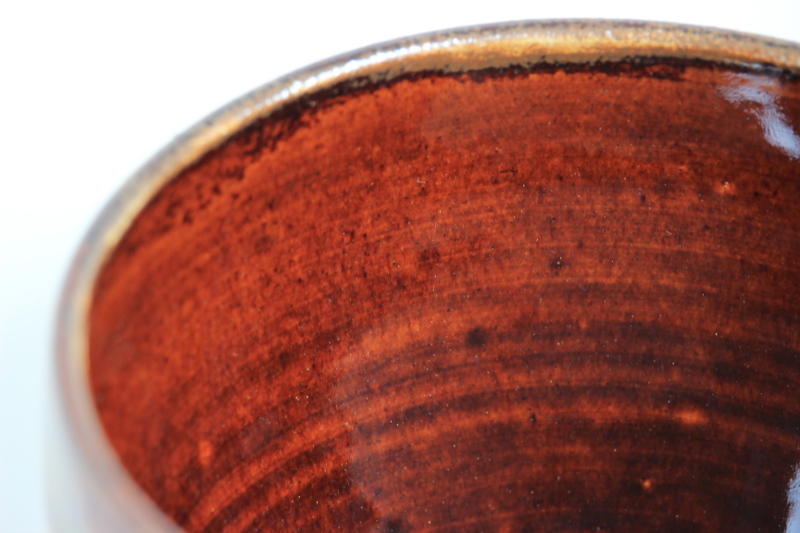 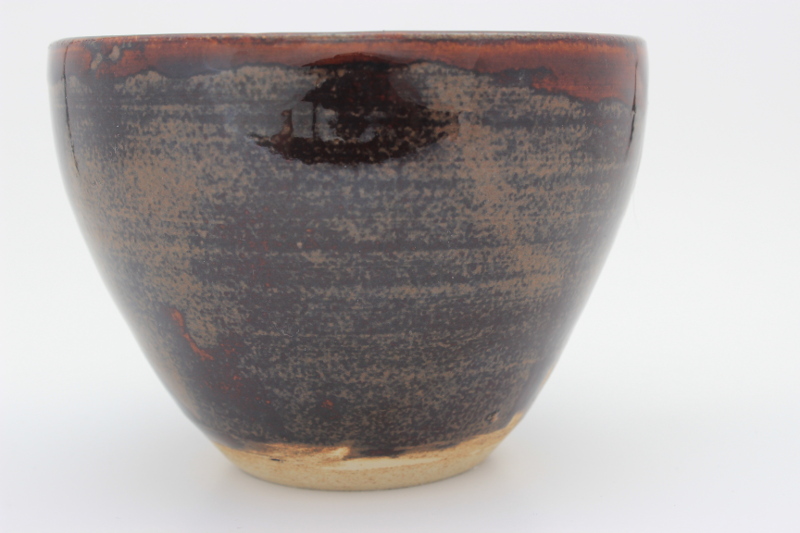 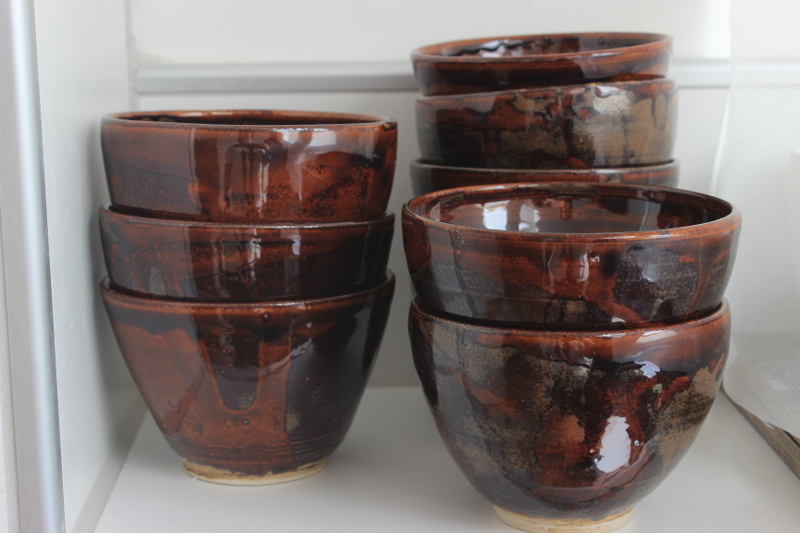 New Cereal Bowls
Manage Cookie Consent
To provide the best experiences, we use technologies like cookies to store and/or access device information. Consenting to these technologies will allow us to process data such as browsing behavior or unique IDs on this site. Not consenting or withdrawing consent, may adversely affect certain features and functions.
Manage options Manage services Manage vendors Read more about these purposes
View preferences
{title} {title} {title}